A mother. A wife. A cancer survivor. A deputy constable. A bondsman. A psych caseworker. A precinct judge. An investigator for law enforcement. A political campaign manager. A volunteer at the VA. A lifetime of public service.

“I’ve had so many careers. I’ve had a full life.

My father was a Chaplain in WWII. This was a time of blackout drills. I hated the blackouts. They were really scary. After the war was over, my father used to place ministers in different churches, so we moved around a lot. I went to 36 elementary schools throughout my childhood. My mother was also a teacher and that helped. I was an only child. I grew up too fast.

I went to Houston to work for a law firm. I was making pretty good money. I was 17. I majored in criminology and psychology. I went to college and had a good job. I met somebody and married. My first husband was a Union Official. I was thrown into politics at an early age. They used the women to talk to Senators and Congressmen. I’ve always been a people person. I love people. I never meet a stranger. 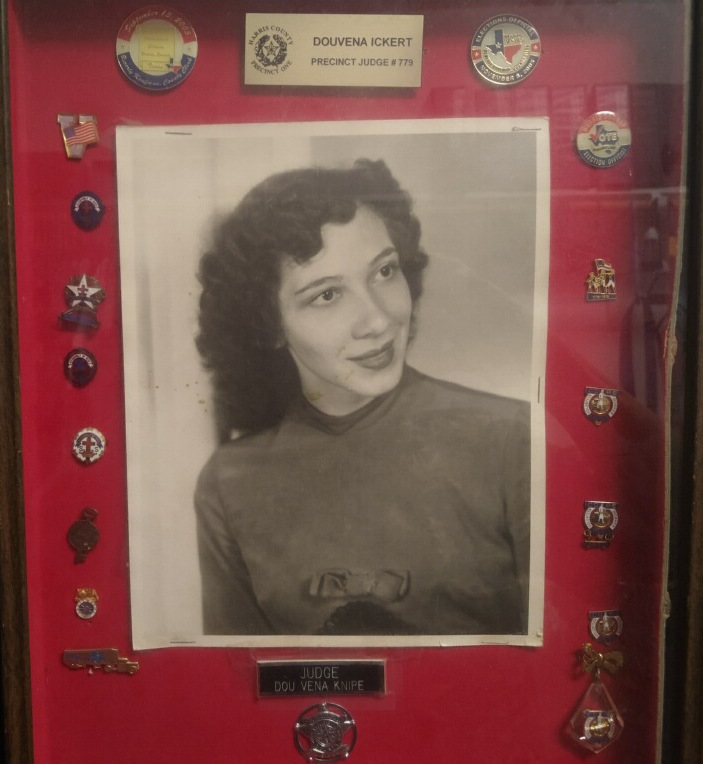 Because of my military father and traveling, I enjoyed politics and I went right up the ladder in politics. All the while, I had raised a family too. I did investigative work. I ran campaign headquarters for numerous candidates at the local, state and national levels. I worked for the Houston Chamber of Commerce and did special briefs. And my husband was the head Union official setting up the classifications at NASA and the airport. I was aware of the birth of NASA, where it would be situated, and of Houston becoming Space City USA long before it was revealed to the public. I’ve learned a lot from the Union end and the government end.

I had plenty of careers. I worked on cases for Harris County Psychiatric. And that’s where I had some very dangerous moments. You have to talk to people a certain way to talk them down and negotiate. I was good at talking to people.

One story, in particular, comes to mind: there was a man who was a psych patient and we had worked with him several times. He kidnapped a girl and killed her. I was called in to talk him out of the hotel room. I went out and talked to him and called him by his first name, and he came out very peacefully.

Then there was the Vietnam War which I will never forget. When the guys came back they were treated badly, shell shocked—today it’s called PTSD. They would get into drugs, get in trouble and go to prison. It was really sad. I was volunteering a lot at the VA. I helped get people out of prison and into a drug therapy rehab program and then from there, they’d graduate and either become a drug therapist or get a job trucking or driving cabs. It was very rewarding and we had a lot of success.”

DouVena reflected on her adventurous years, and through her many service careers, much of which was possible because of her early White House Secret Service Clearance.

As Mr. Rogers put it:

“When I was a boy and I would see scary things in the news, my mother would say to me, ‘Look for the helpers. You will always find people who are helping.’”